At least 55 Pakistanis were stranded at the Suvarnabhumi Airport in Bangkok, Thailand while 54 passengers were refused boarding by airlines at the Kuala Lumpur International Airport in Malaysia. 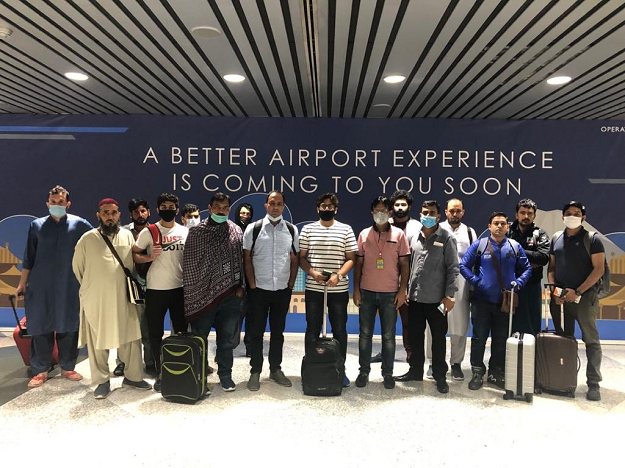 The situation in KL became complicated with the passengers being denied boarding despite completing immigration formalities. However, Pakistan’s High Commission in Malaysia rescued the Pakistanis national after speaking to Malaysian immigration authorities.

The Pakistani nationals were released from the airport around midnight and were accommodated in a local hotel and provided meals. 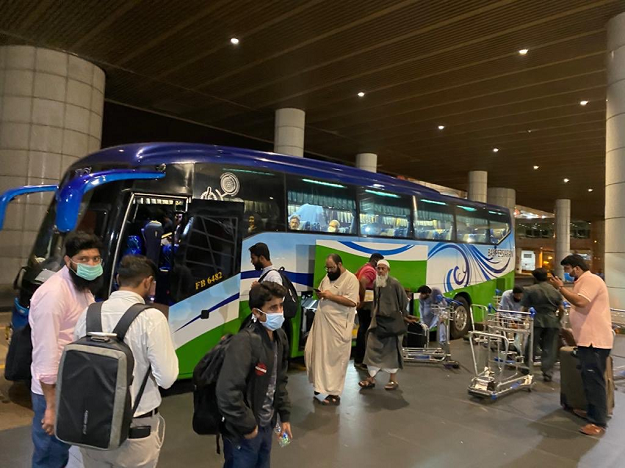 In New York; Qatar, Emirates, and Etihad refused to board Pakistani destination passengers. Pakistani consulate in New York acted immediately and facilitated stranded passengers with necessary help. Naeem Cheema, Deputy Consul General at Consulate General of Pakistan New York, not only helped every passenger but also took one step ahead and shared his phone number with the local Pakistani media so that passengers could reach him directly for any need.

A big shout-out to the Pakistani Americans who are helping out their communities in this difficult time. APPNA doctors are of course at the forefront in the war against #Covid_19. Pak-American restaurant owners are also doing their part by giving out free meals to those in need.

In Thailand, Ambassador Asim Iftikhar assisted the stranded passengers after discussions with the Thai authorities.

“All being taken care of,” he wrote on Twitter.

More than 100 Pakistani passengers stranded at the Dubai International Airport were helped by the consulate staff.

The Pakistan Embassy in Doha also remained in contact with the airport authorities to resolve the issues.

More than 100 Pakistani passengers stranded at Dubai Airport. Consulate established round the clock Help Desk, Consul General himself and Officers are at the airport since yesterday
1/2 pic.twitter.com/PH6GCFjvGf

The chaos came after the sudden move to suspend international flights coming into the country in wake of a surge in novel coronavirus cases across the country.

Pakistan reported its fourth death due to the virus Sunday after a woman passed away in Khyber Pakhtunkhwa. The country’s tally of confirmed cases stands at 646 with 292 patients in Sindh, 152 in Punjab, 104 in Balochistan, 55 in Gilgit Baltistan, 31 in K-P, 11 in Islamabad and one in Azad Jammu and Kashmir.

Keeping in view the situation, the federal government has taken sweeping steps to contain the outbreak. In this regards, Prime Minister Imran Khan is also set to address the nations today. He is expected to announce measures to combat the COVID-19 situations.

Meanwhile, the governments of Sindh, Punjab and Balochistan have sought deployment of the armed forces in aid of civil power under Article 245 of the Constitution read with Section 131 (A) of the Code of Criminal Procedure (CrPc).

Engage with the diaspora critical to the Indian State

Newz Today - October 22, 2020
Chief Minister Sindh Murad Ali Shah had taken notice of the incident and directed the commissioner Karachi to submit a detailed report on the...

Newz Today - October 22, 2020
Sindh Chief Minister Murad Ali Shah assured the top brass of Sindh Police that the government would not let the force be demoralised under...

Newz Today - October 22, 2020
The Financial Action Task Force has commenced its plenary meeting from October 21 to take up a case related to exit of Pakistan from...

15 people dead in Stampede outside Pakistan consulate in Afghanistan

Newz Today - October 21, 2020
At least 15 people were killed in stampede among thousands of Afghans gathered outside Pakistan’s consulate on Tuesday as jostling broke out between people...
Load more

US-Pakistan Ties: A President Biden would be a best choice

© This material may not be published, broadcast, rewritten, redistributed or derived from. Unless otherwise stated, all content is copyrighted © 2017 Newz Today. Technical feedback? webmaster@newztoday.net
MORE STORIES

US slaps Google with antitrust suit